A Mobile Car Detailing Catered to Your Needs, Wherever You Live

You can count on All Clean Detailing in Fayetteville to not only meet, but exceed your expectations and find unique solutions to your individual requests. We work around your schedule, so it’s easier for you to keep up with your busy life. Stuck at home on Zoom calls? No problem! To learn more about our mobile car detailing services, please follow the button below to fill out a short quote request form.

Stop looking next door at your neighbor’s spit-shined vehicle. Sitting at the red light seems awkwardly embarrassing when the guy’s car next to you looks impeccable, rims shiny, tailpipe glistening, and your car looks like it is ready for the junkyard. Stop getting car shamed, and let our professional mobile car detail service bring your vehicle back up to competition level with a showroom finish!

Don’t have a lot of time to frequent the car wash? Our foam bath for the exterior and a custom upholstery cleaning for the interior will come to YOU! Let our mobile car detailing team do wondrous things with your car’s interior and exterior. Get an expert car polish that makes your vehicle look amazingly unrecognizable.

We can list many reasons to clean your car, health is a primary concern, safety is another, esthetics, resale value, and care for yourself as well. A car, whether, it is used for leisure or to take you to work each day is better when it is clean. 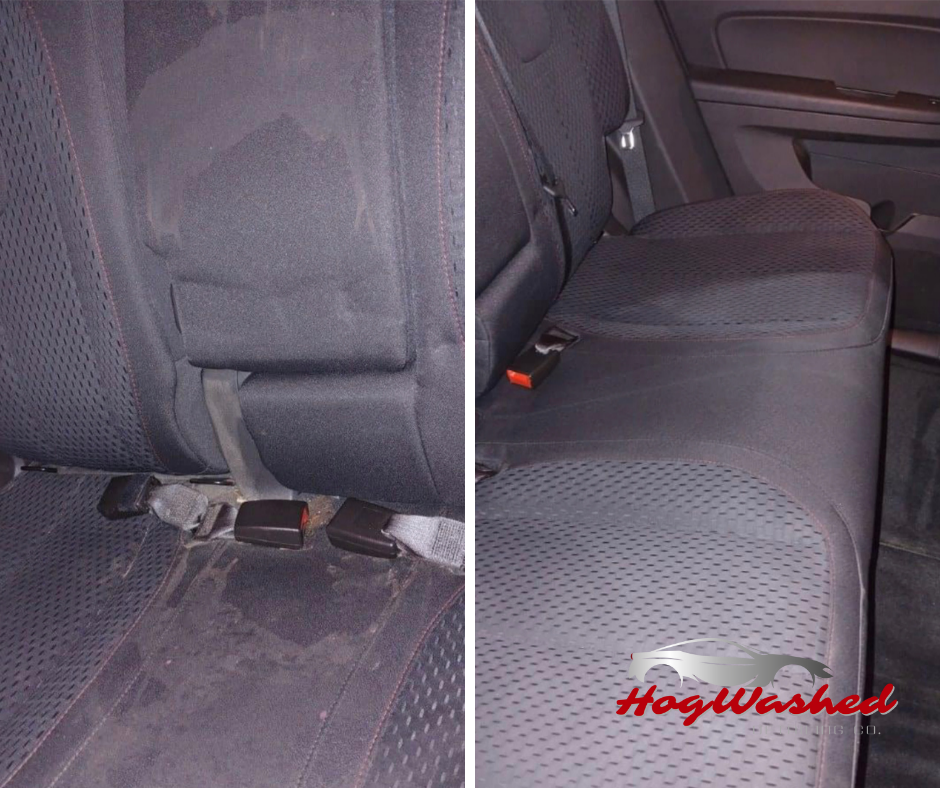 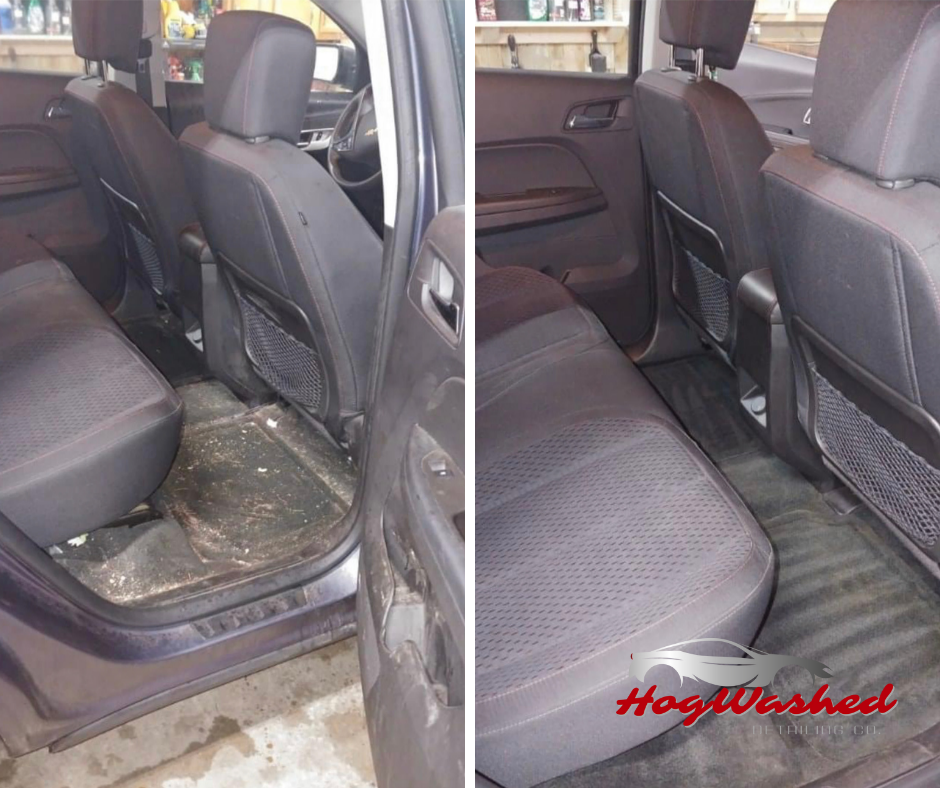 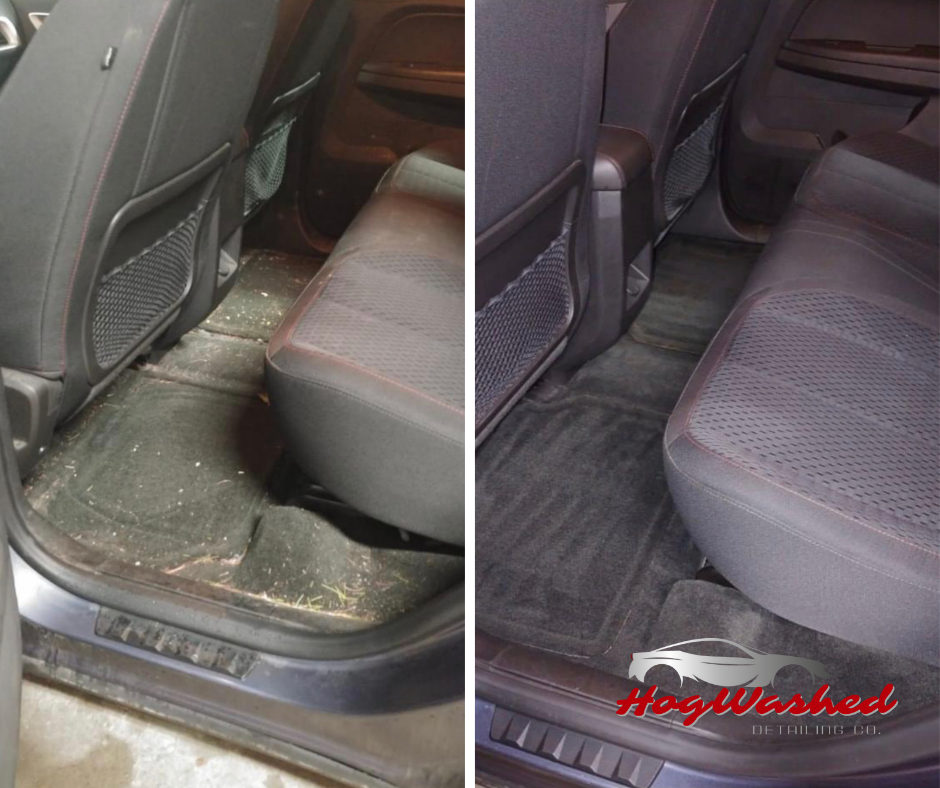 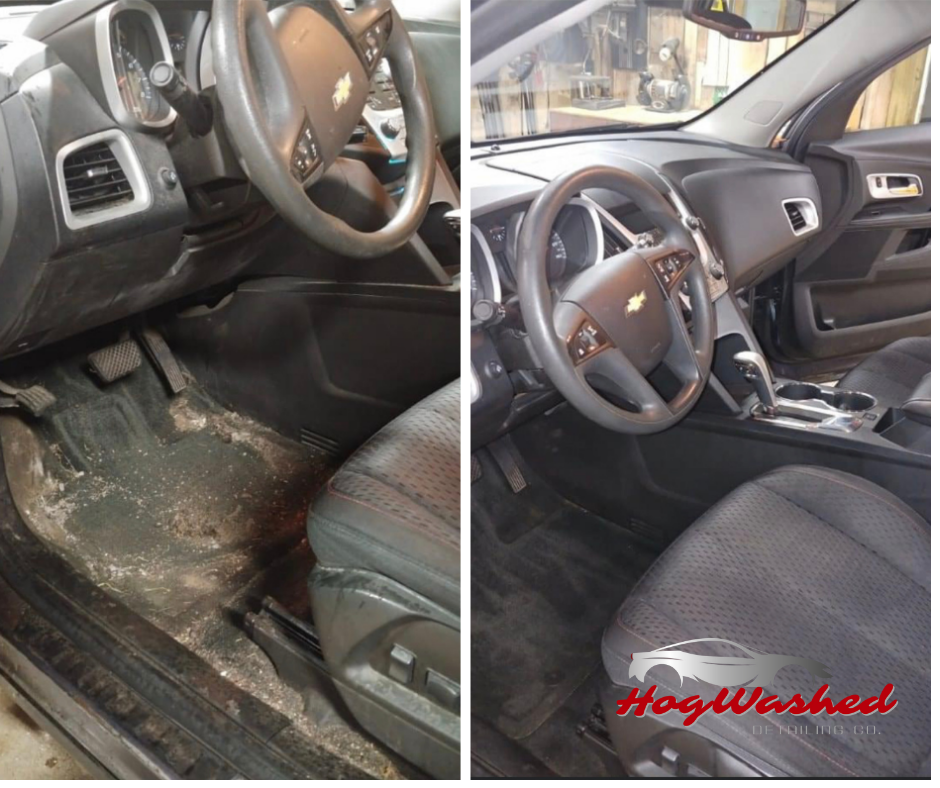 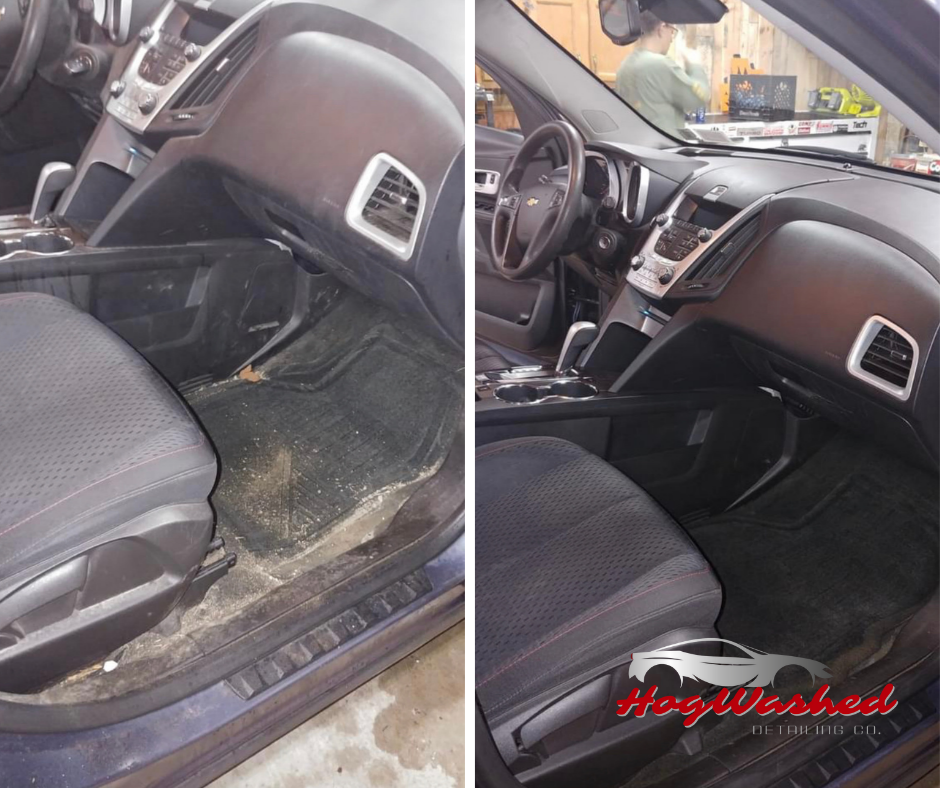 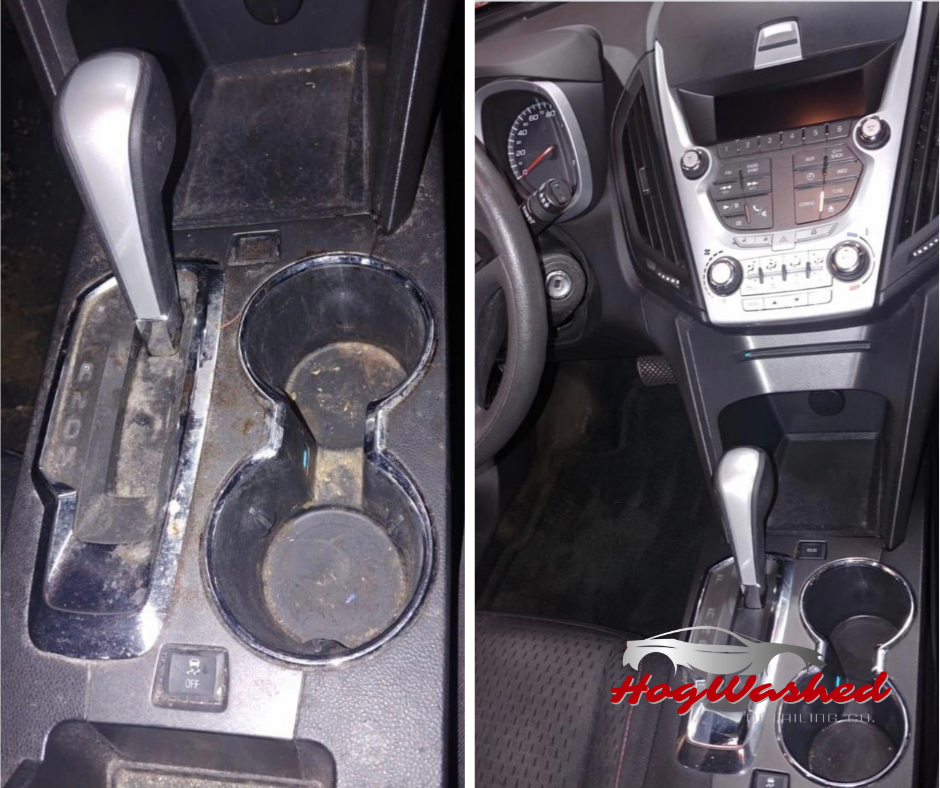 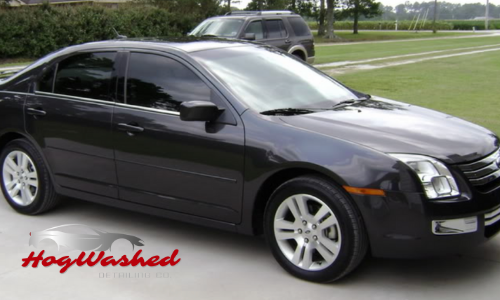 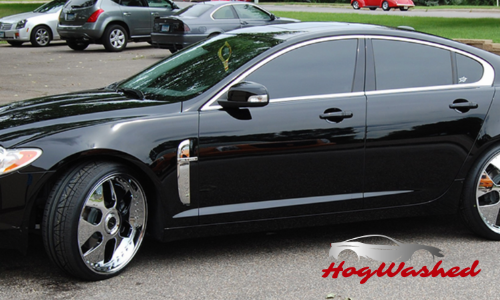 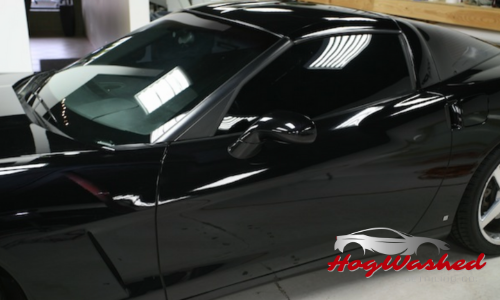 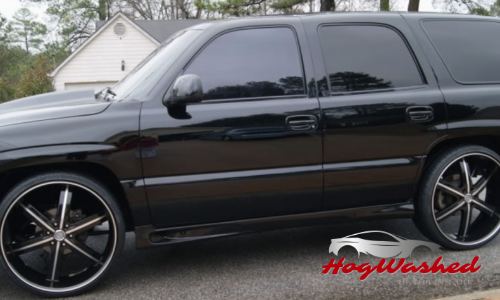 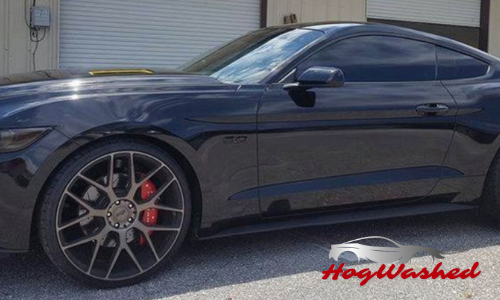 Our mobile car detail service in Fayetteville is ready to visit your location and give your car a nice clean shine. If you want your car given a gentle hand wash or carpet cleaning, our mobile car detail service is ready to help you put a clean vehicle on the road. Every vehicle needs quality care, whether it is fresh off the showcase floor or a 100-year-old classic. Tender loving mobile detailing is good for any car and helps owners keep this asset valuable. Clean cars feel better when they are driven and offer a sense of pride when others give compliments on the upkeep of your vehicle. It will also help your car’s resale value. Call us for all of your Fayetteville auto detailing needs TODAY!

​Let a clean vehicle improve your social presence and make you feel great. A shiny car with a clean interior makes it easier to invite assistance from service attendants, grocery packers, valets, and family members. Once you get your car detailed, going back to an average-looking vehicle will be a thing of the past!

Rather you have a compact car, a full-sized yacht, or anything in between, we can detail them all! That’s right, don’t forget to call us for any large SUV, ATV, UTV, RV, jet ski, and your boat as well!

BEST TIME TO HAVE YOUR CAR CLEANED:

​Car cleaning throughout the summer is a normal process. However, winter is a crucial time for having your car cleaned and waxed. This helps it survive under the pressure of winter rain, hail, and snow until the spring thaw. The roadways are filled with far more chemicals during the winter with deicer and salts designed to prevent slippery road mishaps.

Our staff is certified and insured. We understand the intricate construction of a vehicle and know where and how to clean those hard to reach places. Getting stains out and deposits that build up without notice is simple work for our specially trained car detailer’s. Cleaning headliners and ashtrays might seem difficult for some but not with the right equipment and skill.

​Once you look at the cars we have cleaned in the past, any indecision you might have concerning a mobile car detailing service will be gone from your mind. The cars we clean and have cleaned, are so well taken care of that customers cannot wait to have their cars cleaned by our service the next time. If your car is new, or newly painted, our service can assist you in keeping it looking brand new. If you have an antique vehicle, we understand the care you have put into restoring it, and we are just as eager to help you give and keep that jewel looking great.

CAR WASH AND DETAILING ON YOUR SCHEDULE:

​Set your car wash up with our mobile car detail at your convenience. We leave your car in great condition. Take a clean car on any outing, work, dinner, or meetings, and feel comfortable. It is terrible when friends need a ride, and your car is filled with trash, and seats have the odor of your favorite deli. This is certainly not what you want them to equate you with when your name is mentioned at the office.

The joy of looking at a car freshly washed is understood by many. But this takes time and a passion for detail. Some have also, known the frustration of a car filled with streaks and dull spots after a wash and wax. The time spent trying to get a dull spot off a car might be avoided with the use of our mobile car detailing services at work. Picture Saturday afternoon’s once spent hand washing the car. Now, you can relax while the experts keep your car looking showcase floor new.

When you need a quality car cleaning, our service is the one to call. We do a line of detailing, no matter the season. Our equipment is geared especially for the cleaning of cars and other mobile vehicles. We have staff experienced and trained in car detailing. Making a vehicle look brand new is what we do at work, and we can do it while you are at work.

​Call our office and tell us exactly what you want to be done to your car. If you prefer, you can let us take a look at your vehicle, and we can give you a price on the things necessary to get your car looking great. We are ready to clean your vehicle wherever you are, so give us a ring.

Situated in northwest Arkansas, Fayetteville is principally known as the home of the University of Arkansas – and you’ll know it during the school year. Understudies and school avid supporters wearing red and white flood the city, rooting for Arkansas Razorbacks football, baseball and track groups. Fayetteville is likewise home to a few excellent parks and noteworthy destinations identified with the American Civil War and Native American history.

Your first stop is Downtown Square and Gardens, otherwise called the Square. Brimming with beautiful blossoms and encompassed by shops, eateries and chronicled structures, the Square clamors with local people. Try not to miss the awesome all year rancher’s market for nearby produce and specialties. Investigate Dickson Street, the city’s diversion center point, for daytime feasting and fun into the evening. Watch a play at TheatreSquared, or a melodic exhibition, stage show or live parody act at the Walton Arts Center.

History Along the Trails

Jumbling the whole express, the Arkansas Heritage Trail jelly numerous significant locales. Visit the Trail of Tears Park on the University of Arkansas grounds that celebrates the constrained excursion of American Indians during the 1830s over what has come to be known as the Trail of Tears. Another convincing stop is the Headquarters House, where Union and Confederate warriors were housed during the Civil War. See previous U.S. President Bill and Hillary Clinton’s first home together, including the lounge room where they were hitched, at the Clinton House Museum.

Go-karts, laser tag, smaller than normal golf, guard boats and different diversions give long stretches of amusement at Lokomotion Family Fun Center. The 112 Drive-In Theater is a return to the past; sit in your vehicle while you watch a film and nibble on exemplary concessions like popcorn, candy and wieners. Did you realize that Walmart was established in Bentonville, only a little ways from Fayetteville? Visit the first store at the Walmart Museum, see originator Sam Walton’s old red pickup truck and partake in a nostalgic soft drink wellspring treat. In the close by town of Rogers, visit the underground cavern and go searching for gold at War Eagle Cavern.

The purported Northwest Arkansas locale is one of the quickest developing in the nation, and the three named urban communities, Rogers, Springdale, and Fayetteville, in addition to the glaring issue at hand Bentonville address a fascinating blend of little urban areas that all work together and all proposition something. The three names urban areas are situated in a north-south line around 10 miles separated, while Bentonville lies five miles west of Rogers.

Every one of these towns brings something else to the space, and the blend functions admirably. Fayetteville is home to the University of Arkansas and has an alluring grounds, noteworthy structures, an ever-evolving feel and the standard school town conveniences. Springfield is more “old South” as a focal point of light assembling, shipping and farming handling, moored by the base camp and significant activities of poultry processor Tyson. Rogers was once a tired non-descript Southern town however has blast as a hot family-arranged local location, One of the justifications for what reason is Bentonville, and for those whom the name isn’t comfortable, it is the base camp for retail monster Wal-Mart.

Wal-Mart acquires exemplifications all around the nation, however no single boss employs the monetary impact that Wal-Mart has in Bentonville and the encompassing region. The base camp utilizes exactly 13,000, and that isn’t the entire story, as scores of different organizations providing everything from item to showcasing to legitimate administrations make the region their home. Furthermore, there’s a constant flow of business voyagers approaching the country’s #1 retailer also.

Each of this prompts a flourishing economy and a lot of air administration. The establishing Walton family and the Jones group of shipping industry genealogy have left a solid social engraving on the space also. The Walton family has blessed an enormous performing expressions focus and a $50-million Walton family-upheld workmanship exhibition hall is booked to open in 2009. The Jones family has blessed the Jones Center for Families among different resources.

There are a lot of water and open air diversion openings in adjacent lakes and mountain regions, however some may feel somewhat detached from other “city” exercises (the nearest enormous city is Kansas City 175 miles north). Living expenses are low and generous business and pay development bring solid purchasing power. Crime percentages are eminently low for the area.

The region contains a blend of farmland, close by lakes, and rolling, lush slopes. Environment is mainland and average of the locale, with a solid Gulf impact especially in summer. Notwithstanding, the rise and close by mountains keep temperatures a couple of degrees cooler than numerous different pieces of the state. Winters are by and large gentle, with incidental virus spells.